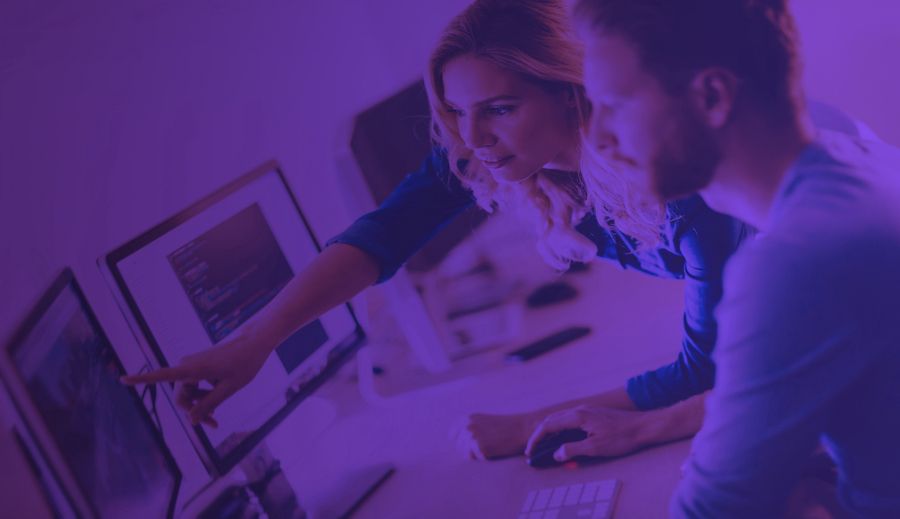 It’s a super-exciting time to be a product engineer! For the 90% of UK banks still relying on legacy technology, it must be a daunting moment. Not only are legacy platforms sucking up the IT budget, they’re also becoming defunct as the only people who can fix them leave the workforce.

The Great Retirement of 2021 will surely leave its mark on the product engineering of financial services. And banks are likely start to feeling the resource pinch in the coming 12 months.

As always, the best banks will be those who invest in the guts of the system and are already well on their way to embracing public cloud platforms. The others will lag, and we’ll see a divergence start to form.

The best banks will spend less on maintenance

Over the past decades, the IT budget for banks has become colossal, with some departments employing more than 6,000 professionals! But shockingly, as little as just 5% of IT budgets goes towards innovation. A report by Financial News found a whopping 80% of IT budgets gets sucked up by maintenance. And the whole system is starting to unravel. As more and more people are needed to reinforce struggling IT systems, whole banks are spiralling backwards.

By feeding the monster and sustaining a system that impedes agility, banks are fast losing their ability to react and create new products. Not only is it alienating customers, but it’s also sucking up much-needed revenue. Banks are spending upwards of $10 billion each year artificially preserving tech that cannot handle the demands of the future. The mainframe platform is fully depreciated. Everyone has forgotten about the cost of buying it in the first place, but there are 50+ people crawling all over it, keeping it alive. And every time banks try and make a change, it takes three times more experts than you thought it was going to in the first place, and twice as long. So, costs just go up and up and up and up. Their product teams are no longer innovating on behalf of the customer, they’re managing a complicated IT project.

So, for my first trend, I’m optimistic that many incumbent banks will finally trade in their old legacy tech for a shiny new cloud-based model in 2022... After all, they can’t afford not to!

Consultants who can fix legacy technology will run out

Another ongoing headache for banks today is attracting and retaining IT talent. Finding the right people for the job is hard. And that is exacerbated when you’re dealing with legacy technology.

Astonishingly, the systems are so mind-numbingly ancient that the people who remember how to fix these retro systems are retired! One bank I know had a bug in their system and they had to find the developer who wrote the code 27 years ago to fix the problem. When you need to keep a developer around for 27 years, that’s quite scary!

But this bank is not alone, far from it! For many, the COVID-19 pandemic was a retirement trigger. Pew Research found that nearly 30 million baby boomers left the workforce in 2020, and for many more it’s on the horizon. The last thing they want to do is pick up their briefcase again and stroll back into a bank for some massively complicated coding work... which (rightly) explains why retro coders are now so expensive.

Exacerbating the problem, most graduates today have neither the skills or the inclination to fix a legacy system. Mainframes are a thing of the past. It’s like asking a Photoshop graduate to print out a Kodak film. After the “Great Retirement”, legacy technology coders will be extremely hard to come by... banks may have to rely on professors dusting off their ‘80s textbooks and offering some niche retro coding modules at university to get by.

Some banks will surge ahead with cloud-based cost savings

The rise of the cloud is inevitable. It’s already happened. The best and most forward-looking incumbents have already taken the plunge. And they are in the best position to overtake their change- adverse counterparts, especially when it comes to cutting costs and investing in innovation.

There is, of course, a myriad of ways ways in which these cloud-friendly banks can save money. The most obvious will be finally cutting out the unbearable expenses associated with legacy technology. But another promotion-earning cost saving will be how the banking services can expand and contract in line with demand.

At the moment, incumbents need to always operate at the maximum. They must have Black Friday capacity even on the quietest days of January. This isn’t just a huge waste of resources, it’s also extremely expensive. Like buying an all-singing, all-dancing mobile phone tariff when you just need a few minutes and some data for most of the year. The cloud is a game-changer because it scales up and down, with the need. It saves vast sums of money for banks, which means they can invest more in innovation and make savings. This will be one of the major differentiators for banks in 2022 and beyond. It will separate the winners from the losers.

2022 will see the great channel shake-up

Angela Strange famously said that one day, every company will be a FinTech. While we won’t get there in 2022, we’re certainly heading in that direction.

Over the past year, we’ve seen the emergence of some really cool customer propositions in the banking space, enabled by things like Banking-as-a-Service. These will fundamentally change the way people think about financial products. Take our partnership with Westpac and Afterpay, for example. Who could have imagined that a bank would partner up with such a diverse range of brands? It doesn’t just future-proof their business, but it also brings in new revenue streams.

What’s more, Banking-as-a-Service opens the door to new customers. Banks will no longer have just a couple of places where people need to make an effort to interact with them. But rather, they’ll be seamlessly integrated into a wide variety of tenant platforms. Probably most customers won’t even realise that they’re dealing with a bank at all.

The past couple of years marked a turning point. Banks are no longer deciding
the direction of financial technology. They are no longer blazing the path forward, but rather traipsing behind in the aftermath, trying to keep up. Slow and cautious decision-making from banking leaders needs to end. Painfully slow decisions that emerge through a process of osmosis over time are bringing the whole institution to a grinding halt.

Back in the day, uprooting the bank’s software cost “billions”. And, to make matters worse, the risk of something going wrong meant that the Chief Technology Officer might never work in finance again. That fear still remains to this day, especially as the post-2008 reputation of bankers still hangs awkwardly in the balance. But this is no longer the case today.

The cost equation has changed fundamentally. Now it’s a tenth of what it used
to cost to put a platform live. And so, the career-ending consequences are so disproportionately different than they used to be. It’s a much safer bet these days.

As a final word of caution to banks, I’d say not to let your indecisiveness stop you from progressing. Make a move or the game will continue without you.

This article is an extract from our e-book Making Banking 10x Better in 2022. The author Mark Holt, our Chief Product and Engineering Officer, is joining Karen Mae Ching, Global Financial Services Partner Program Manager at AWS Financial Services to discuss how banks can move on from legacy core banking technology and avoid being left in the digital dust. Register below to join the webinar. 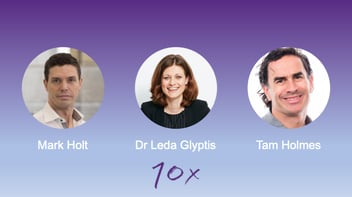