To achieve financial inclusion, we must tackle access to money 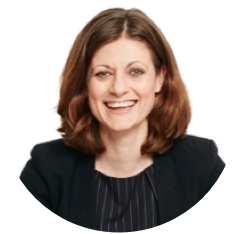 The financial industry must understand that poverty is not inevitable, and the poor are not a risky segment

Over the past decade, speaking of financial inclusion has become a de rigeur.

Financial inclusion is about access, we hear. So here is a current account. Or a mobile wallet. Or a remittance wallet. All important. None are enough.

And these are not enough because these products dance around the two main issues why we have exclusion in the first place. The first is poverty. The second is that servicing the poor has historically been extremely expensive and consider risky.

Leaving the cost of servicing aside for a second (I will come back to it, it is, after all my main point), the fundamental starting points when discussing financial exclusion should be (but are not) the following two simple tenets:

1. Poverty is not inevitable

Poverty is man-made. It is universal across time and geographies, yes, but it is man-made. And what man caused, man can and should fix.

2. The poor are not a risky segment

In his autobiography, ‘Banker to the Poor’, Mahammad Yunus describes how the problem to solve is not access to banking. It’s access to money. His micro-lending idea to pull families out of poverty by lending small sums to struggling women and supporting communities through a hand up, not a handout was met with sneers. He was told it will never work. Even after it did. It will not be profitable. Even after it was.

So, in a world where we accept a responsibility for providing access for the poorer segments of society (and that means somewhere to put a hard-earned wage, but it also means access to finance and access to the money they lack, so they can participate in the economy more fully) and we accept the evidence of the Grameen project among others that giving access to the poor is a profitable business, why are we still not done?

So glad you asked. Now we can talk about the cost of servicing.

For the excluded, the problem is poverty.

But their poverty makes them a next-to-impossible segment to service under traditional banking set-ups. Not because bankers are cruel, but because banking, until recently, was an expensive business to run.

The average customer was (and often remains) loss-making for a bank until after they have been onboarded for a third product with the same bank. A current account, credit card, home loan, unsecured loan, deposit account or other. That’s because the cost of servicing has historically been really high. That’s why banks largely stay away from segments such as migrant workers, the elderly or the young. Not because they are callous and unfeeling. But because they have to balance the cost of doing business with the cost of staying in business and segments that don’t make money, cost money, and that way businesses fail.

If it ever was true (and fans of the Grameen project will probably challenge the assumptions and point to hard evidence to the contrary) it is not true anymore.

Banking is changing. And not just because we have snazzy apps that allow you to split a taxi fare with a friend or pay for a new sofa in instalments without actually applying for a loan. Banking is changing because the systems we are building are transformative in their potential impact. They are faster. Safer. ‘Lighter’ on their feet and much cheaper to run. They allow us to parse much richer, more accurate and more diverse data for credit worthiness and to manage transactions of whatever size (and let’s face it, big was never a problem. Things were never too big to make sense. But now they are no longer too small to make sense).

We can do this.

We have the infrastructure to make services financially viable for those who provide them (they are businesses after all). We have the data analytics fire power to understand what we are dealing with and make informed, robust decisions around lending, repayment schedules and access without actually jeopardising the business. We have distribution channels that mean we can reach people cheaply through the iniquitousness of mobile phone reach the world over.

This is not charity. It’s business. And humanity.

This viewpoint was first published here on The Thomson Reuters Foundation. 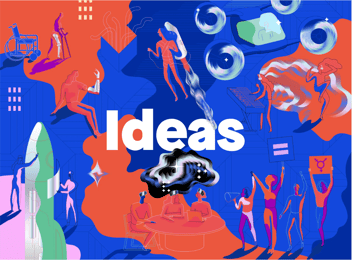 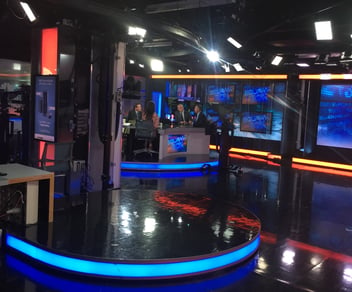